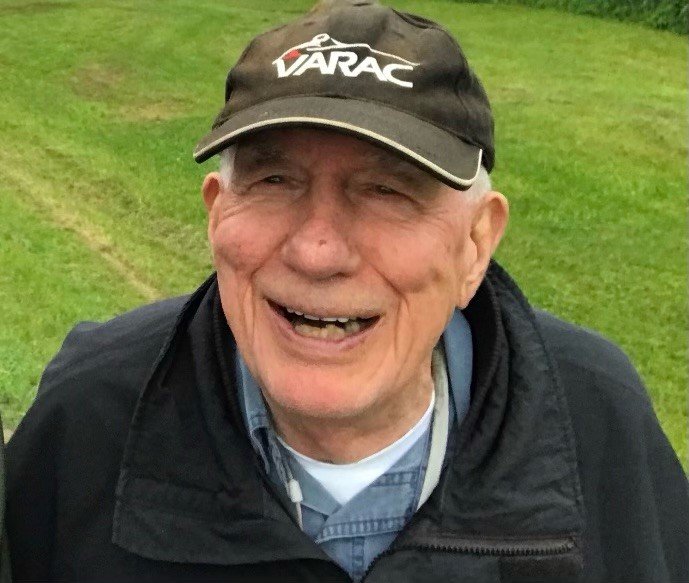 A graduate of Queens University and Professional Engineer, Bill began work at Horton, CBI in 1960 and dedicated his career there until retirement. He set standards in liquid natural gas storage design to increase safety and was recognized by the Canadian Standards Association for this work. Prior to marriage, Bill raced road course cars and remained an avid Formula 1 fan his entire life. It brought him great joy to attend for many years the Vintage Racing Festival at Mosport. He married Joan, in October of 1960, who remained his soulmate and reason for being.

Bill was an active and strong behind the scenes supporter of the Progressive Conservatives. Sailing was another passion. He was in his boat on the Niagara River, Lake Erie and Lake Huron in nearly all weather conditions. He joined the Parkway Sailing Club and remained an active member for decades until its close. Bill was engaged, authentic and a man who cared deeply for his family.

“In lieu of Flowers, donations can be made in his honour to the Heart and Stroke Foundation.”

Live stream will be available on the Benner Facebook Site at 1 pm on January 30th and available for convenience viewing on the website within 24 hours.

If you would like to join the service by Zoom with an opportunity to speak with family members following the service, you may receive details by emailing williambruntservice@gmail.com”

Interment to follow at a later date in the family plot in Hanover, Ontario.  Donations to St Pauls Building Fund (stpaul_church@bellnet.ca) or Family and Childrens Services Niagara (https://facsniagarafoundation.org/ways-to-give).