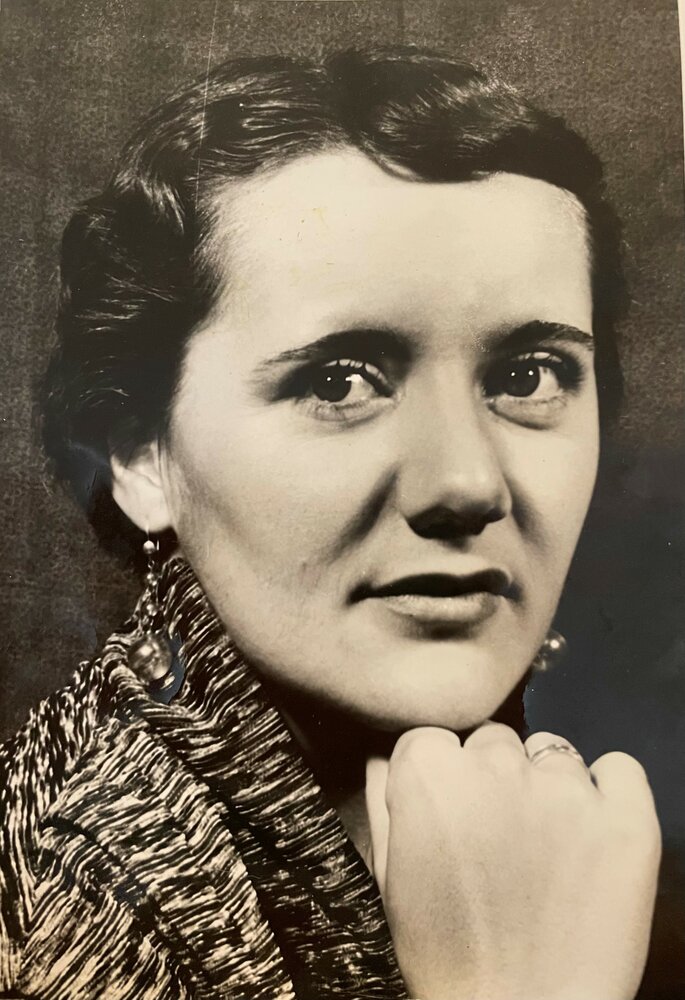 It is with the heaviest of hearts that we share the news that our sweet mother passed away peacefully on January 8th in her 93rd year.

Rollie will be missed by her children Susette (Russ) Wilson, Daniel (Carolyn  Bourke) and Bill (Emma).

She was the proud grandmother of Melissa (Jason Glumac) Lauren (Daniel Barber), Gabriel, Nathan and Vera, over the moon in love with great-grandchildren Braydon and Cameron Glumac, Charlotte (Charlie) and Russell Barber.

Mom was the youngest daughter of Camilla and Napolean Groulx, she was the last surviving sibling of the large and well respected Groulx family of Gatineau, Quebec.

She is now reunited with her siblings René, Omer, Roland, Leonne, Thérése, Germaine, Raymonde, Simone and Gerard who she loved dearly.

Mom was an executive secretary in the West Block of Parliament Hill in Ottawa before coming to Crystal Beach on the bus with a girlfriend for a weekend of fun. When she stepped off that bus on Erie Rd she bumped into Bill Cross and as the saying goes, the rest is history…

Mom always worked outside the home, but we never felt her absence as she was the most organized woman on this earth – our home always ran seamlessly.

She cooked, she cleaned, she canned, she sewed, she budgeted and yet we always felt loved and cared for knowing that family was her first priority. And still, she found time to serve her community as an active member and Past President of the Ridgeway/Crystal Beach Kinette Club.

Rollie was the secretary to the Corporal at the Crystal Beach OPP Detachment for many years until they closed then relocating with the Welland OPP.

It was while she was there that she was headhunted by the Director of Canada Immigration at the Peace Bridge in the 1970s, retiring from there as his executive assistant after a long and happy career.

We are forever grateful to the professional and loving staff at Northland Pointe who cared for Mom in her final years.

Mom had a sharp mind, she could crunch numbers and finesse a budget, organize cross country vacations and cruises with Dad, and thankfully translated her father’s memoirs for us all while she was still well.

Dementia took that savvy mind, but it never took her loving heart.