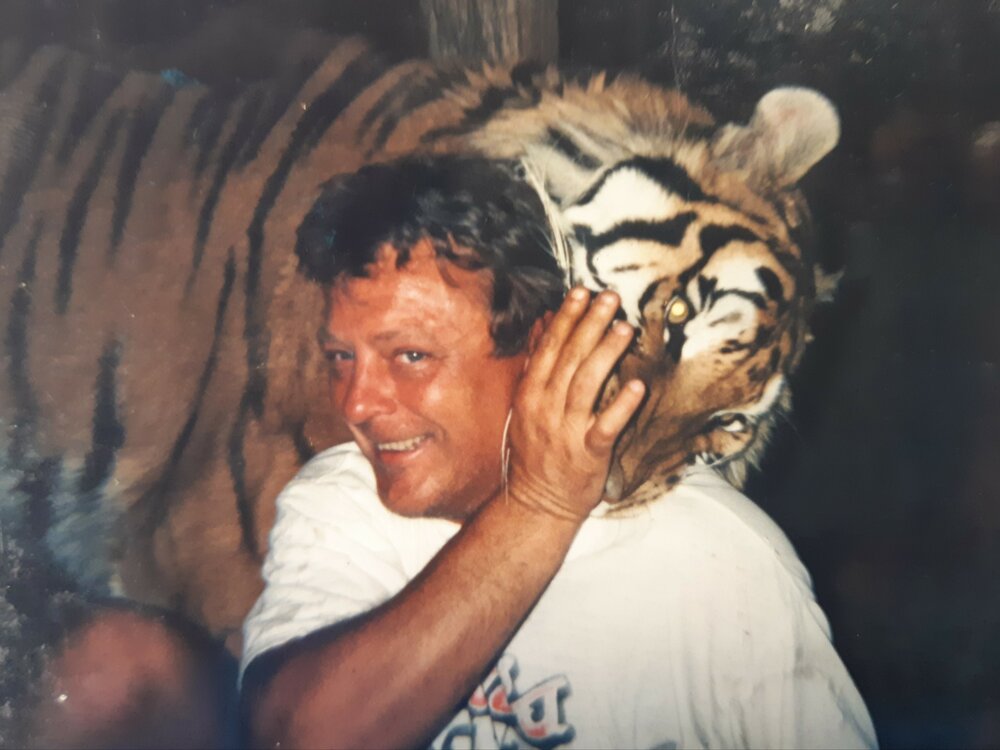 Norman Timothy Czekay
Tim to those closest to him died August 23 2022 peacefully in his 63rd year at the Juravinski Hospital in Hamilton. Predeceased by his daughter Krista, parents Mitchel and Pam, brothers Mitchie, Melvin, Richard and sister Della. Survived by his son Jeff (Vicky) Czekay and his grandchildren Sophie, Logan and Tyson. Tim was a party animal, he drank, he smoked, he grew dope in his basement, he lived how he wanted - not how anyone thought he should. He slowed up only in his last few years. He enjoyed fishing and playing drunken guitar and harmonica, often firing people from the band. He enjoyed working at Maple Leaf for 24 years and spoke fondly of his old friends from Canada Colour and his friends in Smithville and the Indoor Happy Hour. Most of all Tim loved his family and especially his grandkids. "Pops" will be missed by all of them.

Share Your Memory of
Norman
Upload Your Memory View All Memories
Be the first to upload a memory!
Share A Memory