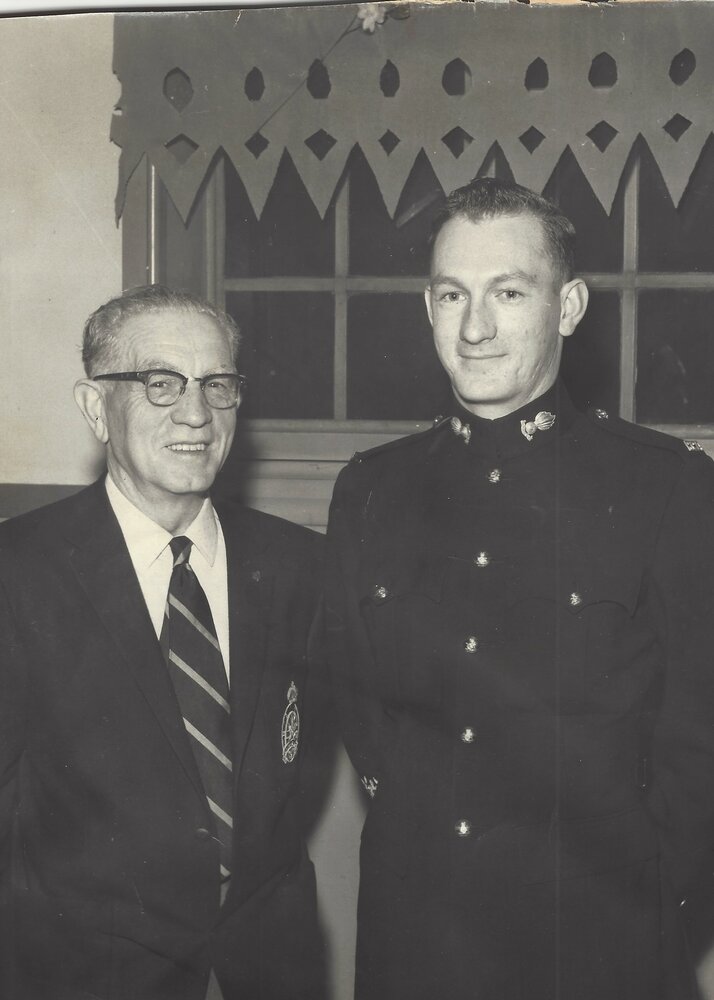 Passed away peacefully in his 93rd year at the Woodlands of Sunset, August 17, 2022, surrounded by his loving family.

Predeceased by his father, John Bain Duchart and his mother Anne McCullough Duchart, his brother Douglas and sisters Barbara and Margaret.

Born in Toronto 1929, the family later settled in Fort Erie. Bill began working for the CNR in Fort Erie. He joined the Bertie Township Police Force in 1958 and retired from the Fort Erie Detachment of the NRP in 1989 with 28 years of service.

The activities which gave him the greatest sense of pride were those related to the Military. Bill was a very proud veteran and began his service in 1947 and ended in 1979. Bill was Chief Warrant Officer, CD, Regimental Sergeant Major, Royal Canadian Artillery and R22 ER. He was a generous, kind, and thoughtful man who gave his time and wisdom freely.

Bill was a lifetime member in the Royal Canadian Legion and was a Freemason with the Palmer Lodge, Fort Erie, for 60 years.

He was active with the Meals on Wheels Program after his retirement. He was immensely proud of being a Canadian and his Scottish Heritage.

The family wishes to send a very special thank you to the staff at Lundy Manor and Woodlands of Sunset for their excellent care and compassion. Bill loved them all dearly!

We will keep his memory alive and honour all he believed.

And just feel so grateful for all his love we received.

Heroes never die. They live on forever in the hearts and minds of those who follow in their footsteps.

We will always love you and miss you with every passing day.

Share Your Memory of
William
Upload Your Memory View All Memories
Be the first to upload a memory!
Share A Memory