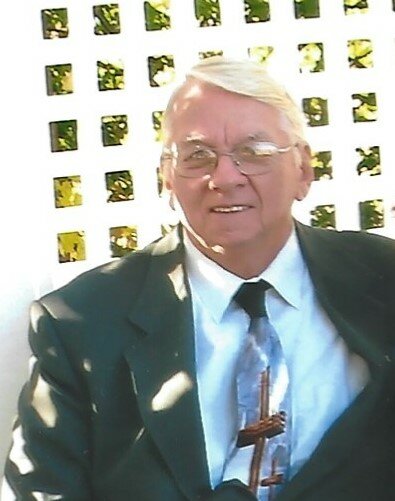 Please share a memory of Eric to include in a keepsake book for family and friends.
View Tribute Book

We are heartbroken to announce the passing of Eric Cosby on Sunday November 28, 2021, two days following his 80th birthday after an unexpected battle with acute leukemia, surrounded by his family and friends at Douglas Memorial hospital.

He will be remembered for his extensive knowledge of cars, motorcycles and small engines (Waverly Cycle) and his many years of service at Fleet Industries as a CNC operator. Eric was also instrumental in the lives of so many in the hockey world from his days coaching the Fort Erie Midget team to the Silver Stick Championships back-to-back years as well as his many years as an off-ice official for the Niagara Falls Thunder.

He was a dedicated member of the Golden Harvest Baptist Church, singing in the choir and well known for his teasing and shenanigans.

Many thanks to Dr. Scher, Dr. Redekop, Dr Guise, especially Carly for their care, Dr Alamar, and the staff at Douglas Memorial for their guidance during this time.

In lieu of flowers, the family request donations be made to the Golden Harvest Baptist Church.

Share Your Memory of
Eric
Upload Your Memory View All Memories
Be the first to upload a memory!
Share A Memory