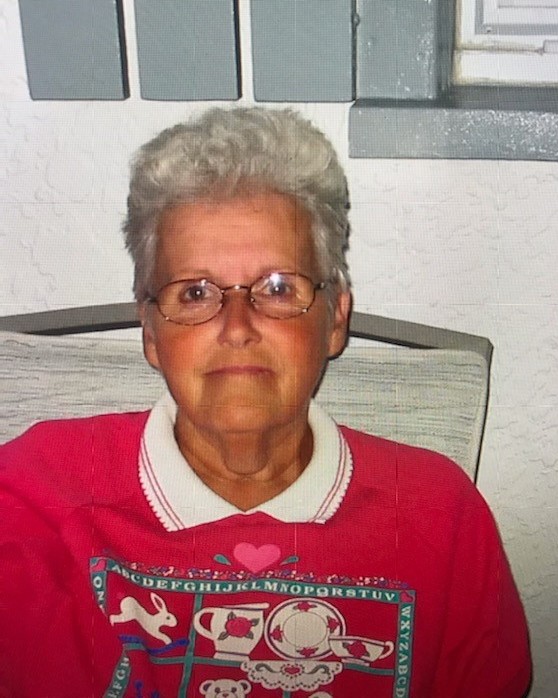 Passed away peacefully at Douglas Memorial Hospital on June 21, 2021 at the age of 78. She leaves behind her husband of nearly 56 years, Dave. Although from hearing them bicker you might’ve wondered, there was no doubt for the love they shared; especially when she was able to finally sit and hold his hand while he visited her in hospital. Her daughters Debbie and Shellie (Sylvain Brunette) as well as the true loves of her life; her three grandchildren: Kyla and Caleigh Flagg and Kade Fowler will feel the loss as they begin navigating the world without their number one cheerleader. Carolyn took great pride in telling EVERYONE she met about her family, often to her grandchildren’s horror, but they always knew deep down how very proud she was of each and every one of them.  She is survived by her sisters; Nancy Sloan and Marsha Dilts as well as a large extended family of nieces and nephews scattered from one end of the country to the other. Carolyn was predeceased by her parents John and Vera Jamieson and by her brother Keith as well as several brothers-in-law and sisters-in-law.

Carolyn lived the bulk of her life in Port Colborne, where she raised her family, worked and was an active member of her community. In her high school days she played basketball and was a member of the Comets baseball team. She ventured to Toronto for bit but returned to work with Algoma Central Marine and then as the office manager for Sears; until it was time to raise her family. A chance flyer left in her mailbox resulted in her most rewarding job, one that she held for over 30yrs. Carolyn became a crossing guard on the corner of Oakwood St and Hwy #3 which meant there was never a shortage of jokes about her working her street corner. All the children who crossed at that corner became her surrogate children. Carolyn noticed who didn’t have a lunch, who had holes in their shoes or needed a new pair of mitts and somehow those things found their way to where they were needed the most. During the blizzard of 77 she got a length of rope from the garage and then headed to the school, where she wound the rope around each of her young charges and like the pied piper she headed off delivering each one safely to their homes. Carolyn returned home to find her own girls, hadn’t the sense to go inside but instead were climbing a snowbank up to the rooftop. By the time Carolyn retired in 2006, she had crossed three generations of some families, had touched countless lives and was loved by many.

Carolyn supported her family and the larger community in many ways. Whether it was chairing the food canteen for the Port Colborne Judo Club’s tournament or organizing a rally to Save our School when our local high school was threatened with closure, she was always ready to lend a hand. She financially supported several groups as well: the Port Colborne Lions Club Bingo tent at their yearly carnival and the Slovakian Hall bingo. Of course Friday nights were reserved for Bingo at the French hall in Port, this is where her daughters learned to count to 75 in French long before they started French classes in grade 4. Carolyn loved BINGO! During her stay in the hospital she was most excited to join in the bingo games held by the hospital Recreation Department. Each of her family has now been gifted with a handcrafted blanket she won during her stay.

Family was everything to Carolyn. She frequently told her daughters; that her grandchildren were her gift from god for not killing them during their teenage years. Because family meant everything to Carolyn, family time was paramount. As a family they did the typical things, family game nights, picnics along the canal or at the local skydive club. They also took yearly trips to Cape Breton to visit with Dave’s family. Later it was seasonal camping were she spent many summers with her girls and grandkids. Oh the memories made around the campfire at Birchwood Acres. She was always a fan of the beach and hot weather in general. She spent many a summers’ day on Nickel Beach with her girls and then welcomed the opportunity to travel south to Florida and the Caribbean. Carolyn believed in jumping in with both feet when it came to having fun. She didn’t mind being the centre of attention from time to time. On one family trip to Cuba she was adopted as an honorary Gramma to a dozen U of NB students and she spent the entire afternoon playing water volleyball and enjoying being handed beverages by her “newly adopted grandsons”. She may have required some assistance from her real life sons-in-law to get back to the room. But that just made her who she was.

Once retired she and Dave relocated to Fort Erie to be closer to the girls… well really the grandkids. She developed a new group of friends after joining Beachcombers and enjoyed being part of their dart, euchre and cribbage leagues. Carolyn was a bit of a card shark right up until the end. Endless games of cards were played during her months in hospital. Her girls didn’t gauge how her day was going on what the medical staff said but rather on how badly she beat them at gin or cribbage. As a family she, Dave and the girls got to enjoy one last game of Euchre just days before her passing where comments like “I might as well buy a boat cause I already have an anchor” were lovingly thrown around.

The family would like to thank Dr Scher for his kindness and compassion during his time caring for Carolyn. They applaud the nursing staff of the 1st floor complex care wing for the wonderful care given to Carolyn during her time there. But the biggest shout out goes out to the PSWs who not only took care of the daily tasks but did so with a sense of humour and a way of tactfully handling her sometimes prickly side on those difficult, not so good days. Deep down she always appreciated what they did even if she grumbled as they did it. You girls rock!!

To Darren, you will always be family and we appreciate all that you’ve done for us and for Mom.

And finally to the family, friends, colleagues and neighbours who have been along for the ride supporting Dave, Debbie and Shellie, we acknowledge and appreciate the support you have given us.

To honour Carolyn’s wishes cremation has taken place and a private family celebration of life will be held at a later date.

Carolyn was a lover of animals, especially dogs. If so desired a donation can be made to your local SPCA in her memory.