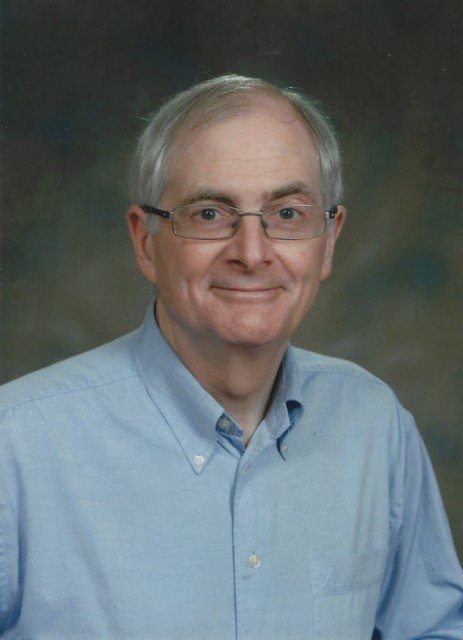 Jeremy took his last breath at Maple Park Lodge in Ft. Erie, Ontario on January 19th.  He was not alone when he died peacefully with Frontal Temporal Dementia at the age of 69.  Jeremy is survived by his wife of 48 years, Dede (nee Eleanor Diane Fryer); his sons Jack (John) and JB (James);  his daughter-in-law, Naseem Awl; his grandchildren, Leila and Alia; and his brothers, Jonathan and Julian and their families. Jeremy was predeceased by his father John and mother Jean (nee Anderson).

There is no question that Jeremy’s life centred on love of his family. He was an avid walker and reader, he loved the beach and swimming in the sea and came later in life to enjoy playing bridge, golfing and scuba diving. Growing up Jeremy lived in Worcestershire, Belfast, Northamptonshire, Oxfordshire, Hertfordshire, Devon, Somerset, Middlesex, Dorset, Bristol and London.  After articling with with Howell Wade, Gray’s Inn, London, England, Jeremy joined Coopers & Lybrand, Gutter Lane, London.  From there he transferred to Coopers & Lybrand, Toronto, Canada where he was a partner for many years. Over the years, Jeremy volunteered his time to The Froebel Foundation, the Computer Auditors Association, St. Jude’s Church, Appleby College, The United Way of Oakville, and the Niagara CPA Ontario Association.

As dementia stripped away much of who Jeremy was, his essential kind, good-hearted, and determined nature remained  - as did his loyalty, love, and concern for is family, friends, and colleagues. Jeremy’s family is thankful for the Alzheimers Society, Queenston Place, Maple Park Lodge and the many family and friends who supported them on this journey.  Private cremation and interment is planned at St. Jude’s Anglican Church Memorial Garden, Oakville.  If desired, donations would be welcome to the Alzheimer’s Society of Niagara (alzheimer.ca/niagara/en/home) or the Washington National Cathedral (cathedral.org/support-ministries/)

Share Your Memory of
Jeremy
Upload Your Memory View All Memories
Be the first to upload a memory!
Share A Memory