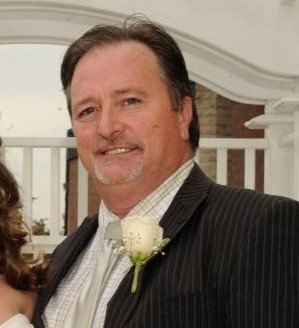 Randall (Randy) Ernest Malcolm Joseph Quinn After a heck of a ride called life, and surrounded by his kids, Randy has passed away after an unexpected intestinal illness. He will be joining in heaven his parents, Michael and Jacqueline Quinn. He passed on his legacy of love and humour to his children, Krystin (Travis), and Cameron (Vanessa). He also was an enthusiastic "Gramps" to his granddaughters Aliyah and Summer, who he would give anything he had to make happy. His brothers Michael (Alison), and Gary will carry forward a lifetime of memories of Randy. He was also a beloved nephew (his Aunt Maureen was a person he especially kept close to his heart), cousin, uncle, and friend to too many others to count.  Randy was a big sports fan. The Toronto Maple Leafs and Dallas Cowboys have spent years torturing him into false hope and high blood pressure. His love for TV extended beyond sports - despite his denial, he was Young & the Restless' #1 fan and watched way more Heartland than any other grown man we know. Randy was one of those people who seemed to know everyone and who everyone knew and was simultaneously intimidating to some and a big teddy bear to others. He could sell ice to a penguin and somehow charm the heck out of whoever he met. He was stubborn, strong willed, and charismatic to the end. We will love, cherish, and miss him always. The family would like to extend their greatest gratitude to the staff in the ICUs at St. Catharines General and Greater Niagara General Hospitals for their conscientious and compassionate care during such difficult times. You are our heroes. Due to the ongoing pandemic, the family has decided to forego a formal funeral service for a private family wake when it is safe to do so.