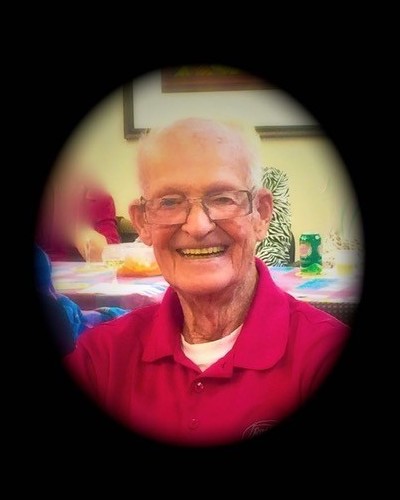 Passed away peacefully surrounded by his family on Wednesday April 14, 2021 in his 95th year. Don was born in Watrous, Saskatchewan and moved east as a young man, settling in Scarborough, Ontario.  He worked at CIMCO Refridgeration Ltd. where he met his future wife, Grace. After a long career of 40 years at CIMCO, he retired and they moved to Stevensville, ON to enjoy a quieter lifestyle and many years of golfing as members of the Fort Erie Golf Club.  After 25 years in Stevensville, they made the decision to move to Telfer Place in Paris, ON in order to be closer to their daughters. Don’s last year was spent living with family and being lovingly cared for in Rockton, ON.  Beloved husband of 63 years to the late Grace Urquhart (nee Mingay).  Caring father of Carol (Allan) Hawkins of Rockton, ON, Cyndi (Tim) Dixon of Chiliwack, BC and Catherine (Gordon) van der Pol of Burlington, ON.  He is survived by 8 grandchildren and 4 great grandchildren.  Special thanks to PSW & friend Dan and Senior Support Services of Southwestern Ontario for the exemplary care provided by Mikaela, Maddie, Kyana, Shania, Jade, Shiju, Jordan, Tomoko and Becky.  Celebration of Life to be held in the future when gatherings permitted.