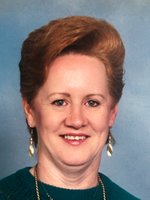 It is with extreme sadness that the family announces her passing on April 5th, 2020, peacefully in her home surrounded by her daughters, her little dog Flynn, her best friend and sister Shelley and special friend Wendy Teal, after a year long battle with cancer. June was a consummate daughter, sister, wife, mother, aunt and friend. She will be dearly missed by all who knew her, especially her daughters Christina, Sheila (Jeff) and Lisa (Warren), grandchildren Judi (Cory), Mackenzie, Nicholas, Daniel, Maverick, Jeffery and Julia, great grandchildren Cora and Willow and brother Edward (Helen). As well as all of her extended family. June is reunited in heaven with her twin brother Michael, sister Mary Ann, as well as her parents. A celebration of June’s life will be announced when it is possible to do so. In memory of June and at the request of Flynn donations in June’s memory can be made to the Fort Erie SPCA.